Despite a list of names that includes the alto horn, tenor horn, and baritone, there are actually only two types of instruments in the saxhorn family. Some countries, however, use three or more categories for these two types of instruments. The names differ depending on the tonality or thickness of the tubes, the instrument's timbre, and its function in a band.

This is an E♭ tuba five tones lower than a trumpet and is sometimes played by trumpeters or horn players. Called the alto horn in Japan and the U.S., it is referred to as the tenor horn in the U.K. 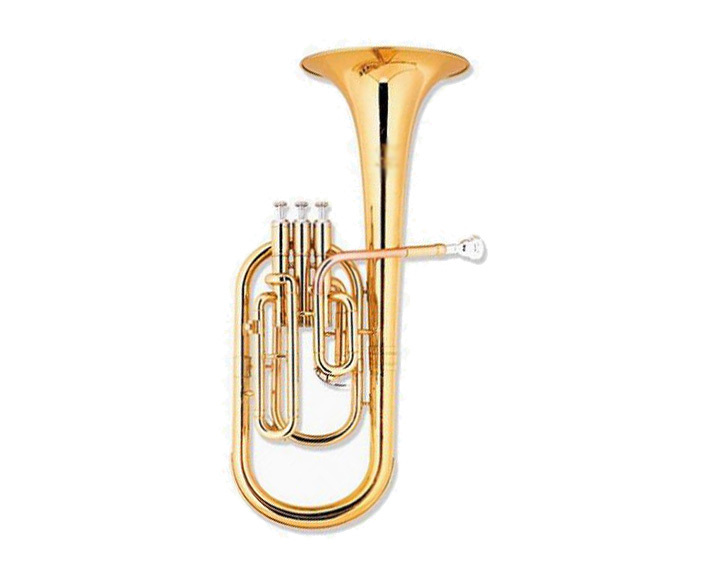 The tenor horn is a brass instrument in the saxhorn family, and is usually pitched in E♭. It has a bore that is mostly conical, like the flugelhorn and baritone horn, and normally uses a deep, cornet-like mouthpiece.

As mentioned above, this is called the alto horn in Japan and the U.S. In the U.K., however, it is referred to as the tenor horn. Occasionally, the same name is used in the U.S. to refer to the baritone.

Also, in Germany, the name tenor horn can describe an instrument of an entirely different shape. If you hear "tenor horn" in Japan, it may refer to this German instrument.

Baritone,  in vocal music, the most common category of male voice, between the bass and the tenor and with some characteristics of both. ... Later choral singing, which evolved into the popular four-part writing (soprano, alto, tenor, bass), usually omitted the baritone.

Usually equipped with three piston valves, this B♭ horn has the same tonal range as the euphonium. Some euphonium and trombone players will also play the baritone.

In the U.S., a euphonium with the bell and pistons facing forward may be called a baritone to differentiate it from a true euphonium.