Rickenbacker basses, like the 4003 and earlier 4001, rank as some of the most iconic and coveted models in this history of the instrument. From punk to jazz, these instantly recognizable bass guitars can be heard on a massive range of recordings from virtually every era and genre. Their solid neck-thru builds and balanced playability, combined with a sound that's at once heavy, versatile, and nuanced, have made these instrument perennial favorites for the bass players of the world.

Over the years, Rickenbacker has produced the 4000-style bass in a number of variations with a few spec changes and updates occurring at different points through their long run. There have been a handful of other bass designs to come out of Rickenbacker as well, but a vast majority of the California builders' bass guitars are built around the classic double-cutaway "cresting wave" design that was first introduced as the now-rare 4000 model in mid-'50s.

The 4003 was introduced in 1979 as an update to the 4001 and remains in production today. The listings behind this link are for the most recent era of production and are the right option for anyone looking for a brand-new Rickenbacker bass specimen. 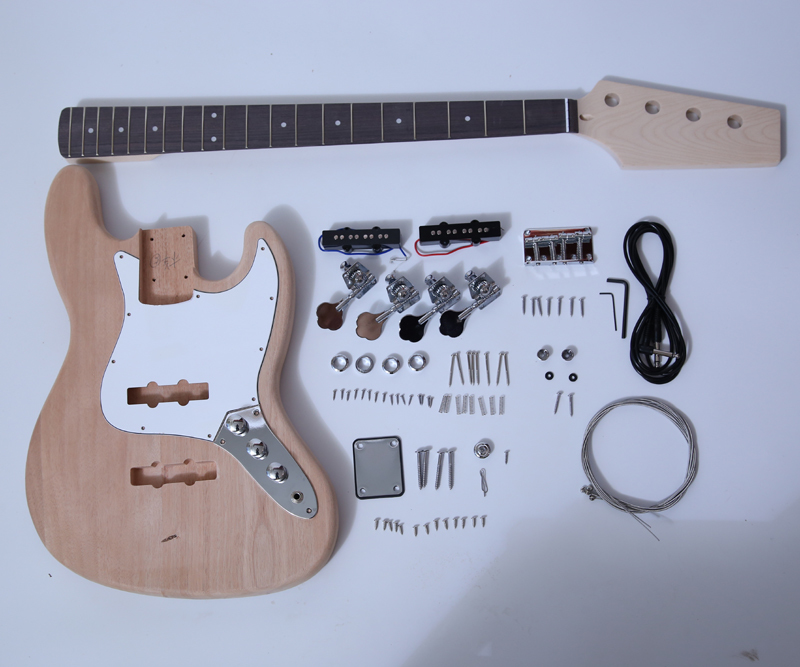 The 4001 was made from 1961 until the early '80s and is really quite similar to the current 4003 models. If you know that you're specifically after the vibe of a vintage bass, the 4001 should be your starting point. Models from the '60s (when The Beatles played Rickenbackers) are the most highly valued. Those from the '70s are less desired but often deliver a certain road-worn appeal of their own.

While the 4003 was positioned as an upgrade or update to the 4001, the two models are actually extremely similar. The main difference is that the 4003 introduced a more modern dual-truss rod system which allowed it better accommodate round-wound strings. There have also been a few internal variations in the electrical components used between the two models, but this is also the case between different eras of production for each model individually.

Both the 4001 and 4003 have been made in various special editions and signature models over the years. If you see a model with the letter "V" or "C" after the numerical designation, that means that it's a reissue or artist reissue model, while the number after that letter indicates the reissue year. For instance, the discontinued 4001C64S is a replication of Paul McCartney's 4001 from 1964. Beyond these reissues, there have been other artist models from Rickenbacker like the 4004LK "Lemmy Kilmister" and 4001CS "Chris Squier" models.

Any Ric bass with "FL" in the model name indicates that it's a fretless variation. Though rickenbacker bass kit has offered this as an option for decades, fretless 4000-series basses remain relatively scarce on the used market. An "S" in the heading means that the bass is part of a more affordable line of Rickenbacker basses, which keep costs down by dropping body binding and stereo outputs and using dots instead of triangular inlays.

The primary finishes for Rickenbacker instruments through the years have been Fireglo, Mapleglo, and Jetglo, which are basically sunburst, natural, and black, respectively. The brand has produced its basses in a number of rare and limited edition finishes, though—such as burgundy or white—which often command higher prices. There have also been years where Rickenbacker has offered all its models in special colors, which you can read more about via this blog post about rare Rickenbacker finishes.

Most, but not all, modern rickenbacker style bass kit are equipped with a unique output system called the "Ric-O-Sound," which is essentially a stereo output option with each channel tied to one of the pickups. If looking at a Rickenbacker listing, you can tell if that particular model is Ric-O-Sound equipped simply by spotting how many output jacks are visible on the instrument. Notably, to use this feature, you need to run the Ric-O-Sound output via a stereo Y-cable or other single splitting devices—it's not just a matter of using both output jacks at once, as many assume.