Dents and Chips on Guitar Kits

Dents and Chips on Guitar Kits

It can be a real source of frustration to find a dent or chip on your guitar kit’s body or neck. And, while it may seem impossible to fix all is definitely not lost.

Dents and chips, what’s the difference?

Before we can begin the repair process we first need to identify the problem as we will use different methods for dealing with dents as opposed to chips.

The image below shows a dent on this otherwise beautiful rosewood fretboard.

Dents for those unaware are indentations in the timber of the guitar. The wood grains are not broken which means the timber has been compressed rather than a section removed.

A chip occurs when a section has been completely removed. You can identify chips in unfinished timber as the grains of the timber will be broken and look torn.

In finished guitars, a chip is easier to identify and will usually only have affected the finish leaving the timber beneath unaffected, as per the image above.

This is one of the main purposes of a guitar’s finish, to protect the timber of the best electric guitar along with being pleasing to the eye. 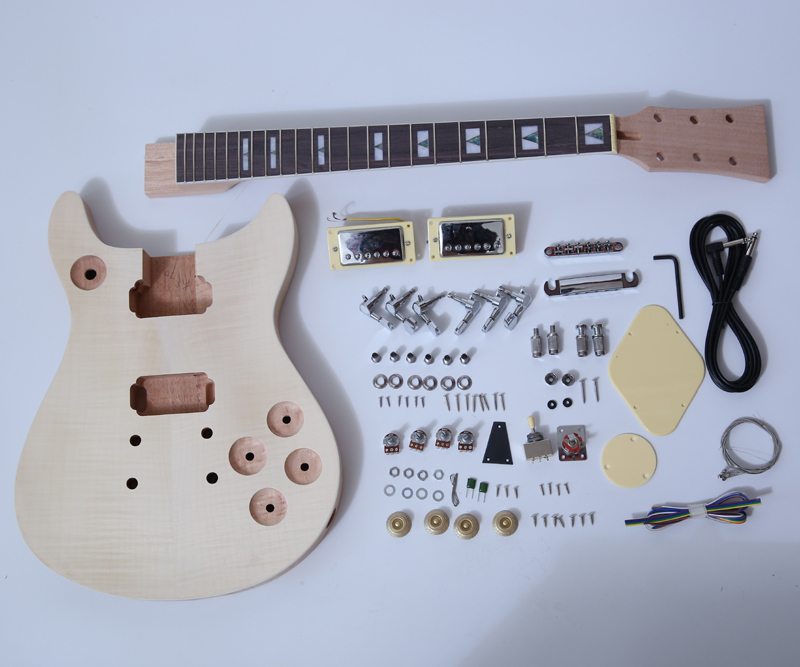 Dents are usually much easier to fix and are more common than dents in unfinished timber, while chips are more likely to occur after the guitar has been finished.

As dents are caused by compression, ultimately we need to decompress the dented area to return the guitar to its previous state.

This is best done using a combination of moisture and heat which can be applied using a clean rag and soldering iron.

This method is effective on unsealed timber e.g. unfinished guitar body or a fretboard. However, a sealed guitar body is less likely to suffer a dent in the first place due to the protection the seal coat offers. If you are working with a guitar that has a sealer coat applied lightly sand the sealer coat away in that specific area and apply again once completed.

Switch on your soldering iron and allow it to heat up

Dampen a clean rag. It shouldn’t be dripping wet but should be damp.

Fold the rag over itself 2-3 times to ensure the direct heat from the soldering iron will not be in contact with the timber and cover the dent with the damp rag.

Apply heat to the affected area until the rag is mostly dry. Don’t hold the soldering iron in one place for too long. Think more about applying heat to the area rather than pressing hard against the dent itself.

Check your work, and reapply if necessary.

The dent has now been completely removed. This only took around 1 minute of applying heat to the damp rag. Deeper dents will take longer.

In some instances dents can be much deeper than the example above. If this is the case try the method above first but if unsuccessful consider filling the dent using a tinted filler.