Among all the hardware components that make up an electric guitar, few have more of an influence on playability than the guitar’s bridge and tailpiece.

When you consider tuning stability, action, intonation, and scale length, the bridge plays an essential role.

What is a guitar bridge and why are they important?

If you are new to guitar, the bridge is the metallic component, fixed to the guitar body, located toward the bottom of the guitar.

The strings of the guitar span the distance between the nut (the bone or synthetic component at the end of your guitar’s neck) and the bridge.

In the case of an acoustic guitar, the bridge enables the vibrations from the strings to be transferred to the larger surface area of the guitar’s body resulting in the projection of sound.

In the case of the electric guitar, the vibrations from the strings create a disturbance to the electromagnetic field created by the pickups which are then converted to an electrical signal resulting in sound.

Provided the tension on the strings is consistent, aspects such as pitch, sustain, and tone remains consistent, in line with the force being applied, provided all other aspects remain equal.

As the bridge is the last point of contact for the strings it plays an essential role in maintaining string tension. In simple terms, if your bridge isn’t structurally sound, your guitar will be virtually unplayable. 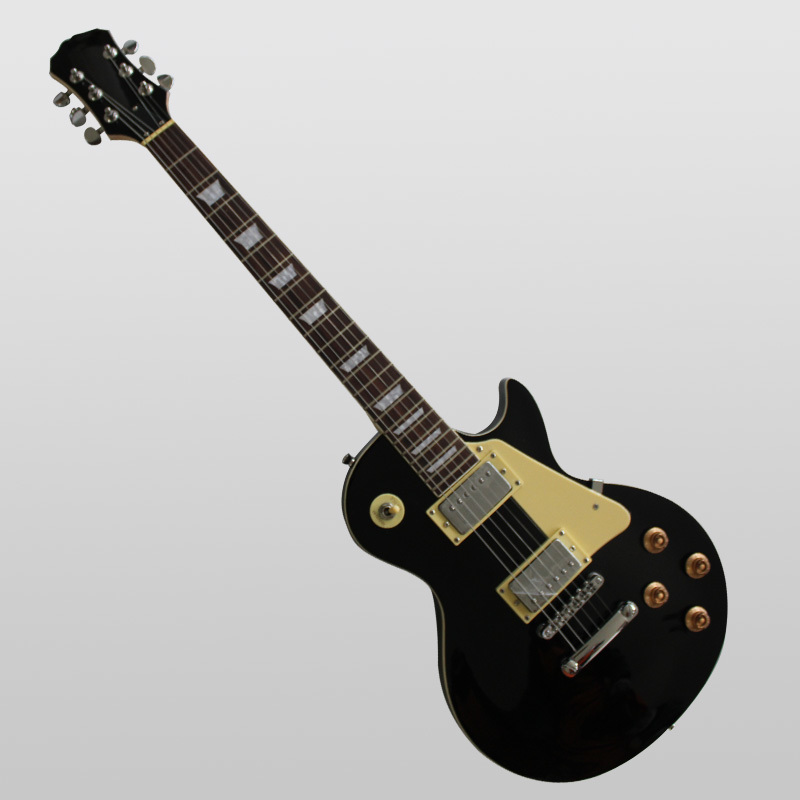 A tremolo bridge allows the guitarist to alter the pitch of the notes played by using a tremolo bar to pitch the bridge forward or backward.

This, despite the fact that using a tremolo bar adjusts pitch which is known as vibrato, whereas tremolo adjusts dynamic range e.g. the difference between the lowest and highest point of volume.

How do they work?

The primary purpose of a tremolo bridge is to adjust the pitch of the notes being played, either up or down. This requires the ability to manipulate the tension on the guitar strings.

In the case of a tremolo bridge, this is done by designing a bridge that can be pitched forward or back to loosen or increase tension on the strings. As a result tremolo bridges are usually fixed to the guitar on the front-facing edge with the remaining area of the bridge floating above the guitar body.

This type of design does, however, create problems when it comes to tuning stability. To address this, the majority of tremolo bridges function by using a spring (or springs) to maintain tension on the bridge (allowing the guitar to return to tune after the tremolo bar is released), while counteracting the movement of the bridge as controlled by the tremolo bar.

Despite this fact, hardtail bridges are considered superior with regard to tuning stability, however, the trade-off is they do not allow the string tension to be adjusted.

While fixed bridges don’t allow the same level of functionality as a tremolo bridge. Many guitarists, (including myself) prefer a fixed design.

Hardtail or fixed bridges come in either string through (the strings run through the body from top to bottom, also known as wraparound) or are top-loading, meaning the ends of the strings are locked in place at the rear of the bridge rather than in ferrules on the underside of the guitar body.

String-through guitars are credited with better tuning stability and generally offer better sustain due to the body absorbing much of the vibration from the strings. This is often employed in bass guitar design also due to the even higher tension demands placed on the bridge due to the heavier gauge strings.

Fixed bridges, while not as varied as tremolo bridges also come in a number of different designs which I have listed below.

As you can see, the electric guitar bridge design is far more sophisticated than most people probably realize. And, while there are variations, in the case of DIY kit guitars the bridges listed above are the most likely you will encounter.

In the majority of cases, the choice of the bridge goes hand in hand with the design considerations of the guitar and is complementary to the tone and design of the guitar.

Keep in mind, however, much like electric guitar pickups, the bridge is just one component. And, while bridge design plays a significant role in terms of playability electric guitars are designed holistically and much of what we take for granted in regard to design has been carefully considered for maximum benefit, both tonally and from a playability perspective.