Pickups play an important role in the tone of an electric guitar, so it makes sense to understand the basics of how they actually work and the variations of guitar pickups available.

In the most basic sense, the pickups you will be dealing with when assembling an electric guitar kit are magnetic.

There are other types of pickups you will hear mentioned from time to time, however, for example:

Piezo Pickups (Which use crystals and don’t pick up outside interference as a result. They also sound fantastic)

While the technology used to transfer sound from a guitar to an amplifier is pretty fascinating stuff especially in less common pickups such as Piezo pickups, we will focus on magnetic pickups because this is what you will be dealing with typically. 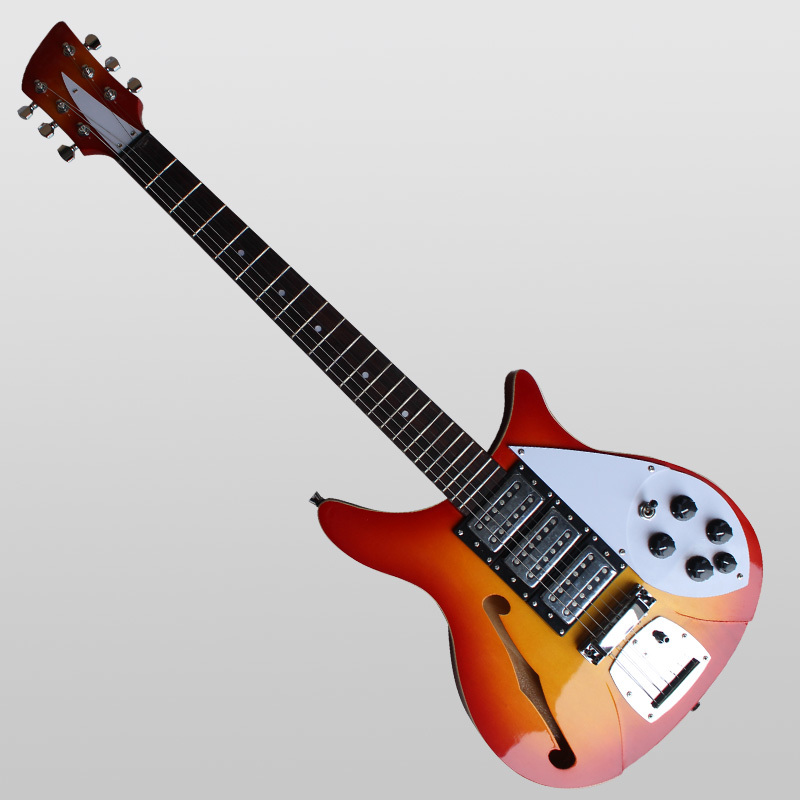 Magnetic pickups are essentially magnets (one long or 6 separate pieces generally) placed in a bobbin and then wrapped in copper wire. This, in turn, creates a magnetic field. There really isn't a lot more to a basic magnetic pickup.

As guitar strings are essentially steel, when they vibrate over the magnetic field created by the pickup they create a signal (think of it like a disturbance of this magnetic field), which is passed onto your guitar amplifier via the output jack and guitar lead, in turn creating the sound you hear when playing an electric guitar.

The Differences between Single Coil and Humbucking Pickups

If you purchase an ‘ST’ or ‘TE’ style guitar kit your guitar will have at least one single coil magnetic pickup in the bridge, middle or neck position.

If you opt for an ‘LP’ style guitar kit the pickups will be what are commonly referred to as humbuckers.

The very first mass-produced electric guitar was the Fender Telecaster (originally called the Broadcaster) which featured single coil pickups. These were very successful and as you will notice are still used commonly today by blues and country players for the most part.

There was a bit of a problem, though. Single coil pickups tend to be fairly noisy as they can pick up on other unwanted frequencies, such as light switches, other amplifiers in the same room, basically anything that has the potential to disturb the signal. If you play with other musicians you can soon understand why this isn't always ideal.

Humbuckers as the name might suggest ‘buck’ this unwanted hum by creating two separate signals that essentially cancel each other out. Because they are less affected by unwanted frequencies by nature and use a much larger magnet they tend to be better suited to higher output. This is the reason you will see humbuckers used in metal and heavy rock.

It's important to remember pickups aren't the only influence on tone and sustain, for instance, many people credit the set neck used on Gibson guitars such as the Les Paul for contributing to the sustain these guitars are renowned for. Need an example of great sustain?

What Does This Mean To You?

So essentially if you are looking for a thicker, higher output sound a humbucker will be a better fit for you. If however, you prefer a brighter, twangier tone a single coil will be best. If in doubt consider the guitar tones and styles of music you prefer e.g. Fender or Gibson and go with a similar style of guitar kit or even better grab yourself one of each.

Where Does Tone Come From?

While it is true that nearly all the guitar’s components will play a role in tone e.g. the bridge, saddle, and nut this is a more advanced topic that is deserving of an article in its own right at a later date.

While we have touched on the characteristics of single coil and humbucking pickups, to truly cover guitar electronics check out -"Guitar Electronics for Musicians" by Donald Brosnac which details the history of guitar pickups and goes into great detail about the mechanics of guitar pickups). It's fairly heavy going for anyone new to the topic but also very interesting at the same time.