Similarities and Differences between Oboe and Bassoon

Similarities and Differences between Oboe and Bassoon

Both the oboe and bassoon fit into this category, and share many other similarities as well as differences.

This article aims to make you more familiar with the similarities and differences between the oboe and bassoon.

The bassoon originates from a 16th century instrument that is known by various names, most notable the fagot. It was originally a double reed fastened to a single piece of wood.

In the 17th century, the one-piece instrument was changed into a four-piece instrument to manage the length of the massive amounts of tubing. The bassoon also saw many refinements throughout the 18th and 19th centuries.

The oboe instrument originates from the antiquity era, known as the zurna with the shawm also existing in overlapping time periods. The actual oboe, known as hautbois in French, was most likely developed in the court of Louis XIV in 1657.

Most of the transformation of the oboe happened in the 1800s, but the final form that is used today, the Conservatory model, was created in 1906 by François Lorée and George Gillet. By this point, the use of finger plates instead of open rings was employed. 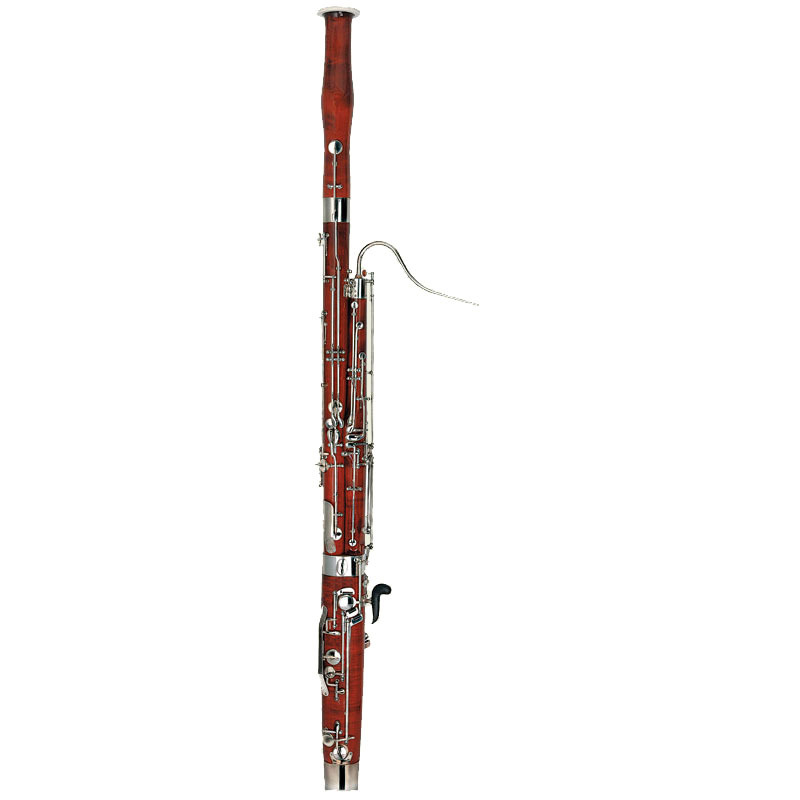 Some quick facts on the makeup of the two instruments:

The bassoon and oboe both have a conical bore, however the bassoon's long body requires a U-turn in the tubing.

The bassoon is nearly four and a half feet long, whereas the oboe is a small 26 inches in comparison.

A bassoon reed is placed onto a bocal, whereas the oboe reed gets placed directly into the instrument.

The bassoons woodwind instruments, a bass clef instrument (sometimes tenor clef as well), is found in the key of C. The bassoon has a large range, spanning over three octaves.

The bassoon has a rather mellow tone. In the lowest octave, the tone is full. The middle octave is mellow and light. The upper ocatve is a bit more tense and closed off.

The oboe, another treble clef instrument, is always found in the key of C. The range of an oboe spans almost three whole octaves.

The oboe’s timbre can be described as colorful, nasally, and singing. It is known for its ability to pierce through the sound of an entire ensemble. It is an expressive instrument, with a dark lower octave, and piercing upper octave.

An oboe and bassoon instrument both use a double reed that consists of two pieces of cane that vibrate against one another.

However, the bassoon's reed gets placed on a bocal, which is a fine metal tube that is placed in the instrument.

Both oboe and bassoon reeds are sold individually. There are many different types of reeds, check out my article about oboe reeds to read more about those specifically.

For both instruments, store-bought/machine-made reeds are marketed as medium-soft, medium, or medium-hard. These ratings are merely used to help individual players choose the right reed for them.

Both oboe and bassoon reeds are also often hand-made, and as individual players progress that is something that many players choose to learn how to do.

The oboe and bassoon are both one of the hardest instruments to learn. They takes a lot of diligent practice and resilience.

Both of the instruments share the challenge of embouchure and tuning. The embouchure is not a natural thing to make or strengthen, and it takes time to solidify.

The tuning is extremely hard, because you can’t just pull out or push anything in. The reeds are meant to be placed all of the way in the instrument or on the bocal. All of the tuning on double reed instruments is done by loosening or tightening the embouchure and adjusting airflow. The student must have a good ear, because they will be constantly tuning.

It is much easier to make a sound out of the bassoon, because the reed is so much larger. However, students of small stature might have a hard time with hand position. Fingerings on the bassoon also bring some challenges.