The woodwind family is a broad selection of instruments in the wind instrument category:

The flute is different from the other members of the woodwind family as it does not use a reed, instead, the sound is produced by the flow of air across the opening, which makes the flute an aerophone instrument. Modern flutes are usually made of metals such as silver or nickle, whereas older flutes were often made of wood or grasses. Those that play the flute may be referred to as flute play, flutist, or flautist. According to the instrument classification of Hornbostel-Sachs, flutes are categorized as edge-blown aerophones. 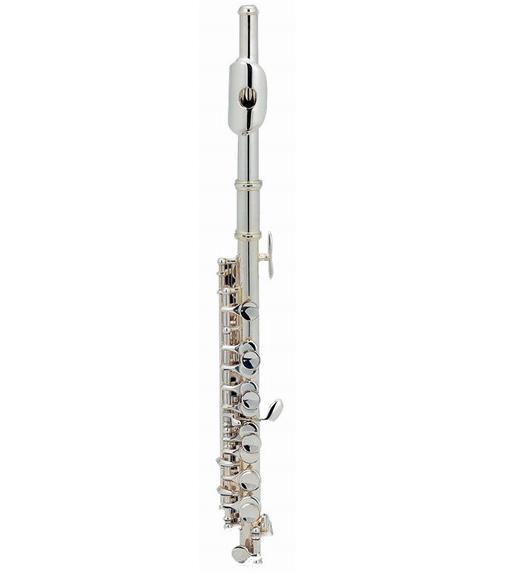 The piccolo is a half-size flute and a member of the woodwind family of musical instruments. The piccolo has most of the same fingerings as its larger sibling, the standard transverse flute, but the sound it produces is an octave higher than written. This gave rise to the name "ottavino," the name by which the instrument is referred to in the scores of Italian composers.The piccolo means "small" in Italian and that's exactly what the piccolo is: a small flute. The piccolo is a half-size flute that produces sound an octave higher than a standard flute. Most modern piccolos offer the same fingerings as the larger flute. 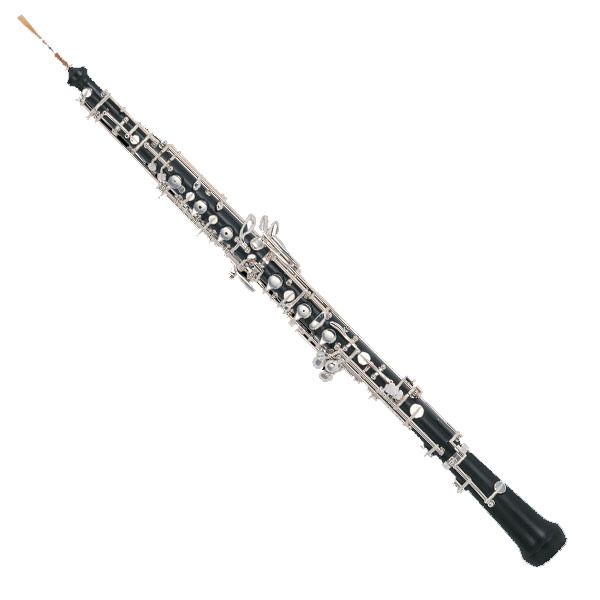 The oboe is a double reed woodwind instrument. In English, prior to 1770, the instrument was called "hautbois" (French compound word made of haut ("high, loud") and bois ("wood, woodwind"), "hoboy", or "French hoboy". The spelling "oboe" was adopted into English ca. 1770 from the Italian oboè, a transliteration in that language's orthography of the 17th-century pronunciation of the French name. A musician who plays the oboe is called an oboist.The sound of an oboe is produced when the player blows air into the reed using enough air pressure to cause it to vibrate. The modern oboe is usually made from wood but may also be made from other synthetic materials, they are just over 2ft long with metal keys. 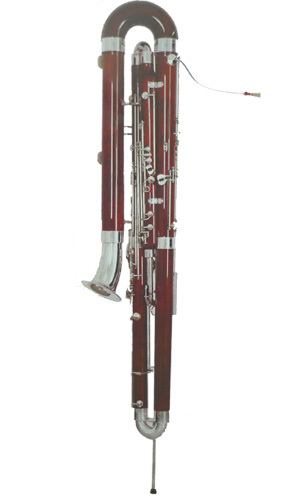 The bassoon is a woodwind instrument in the double reed family that typically plays music written in the bass and tenor registers, and occasionally higher. Appearing in its modern form in the 19th century, the bassoon figures prominently in orchestral, concert band and chamber music literature. The bassoon is a non-transposing instrument known for its distinctive tone color, wide range, variety of character and agility. Listeners often compare its warm, dark, reedy timbre to that of a male baritone voice. Someone who plays the bassoon is called a bassoonist.

The bassoon is a double reed woodwind instrument that produces a warm rich tone. The bassoon is folded upon itself and stands at over 4ft, however if it were straightened out it would stand at nearly 9ft! A person that plays the bassoon is known as a bassoonist, and unlike other instruments they use all ten fingers and thumbs to play. Due to the complicated fingering required to play the bassoon most bassoonists will graduate to the instrument having already learned to play another reed instrument. The contrabassoon is larger version of the bassoon and plays an octave lower. It is so large that it has to be doubled over twice to allow the player to hold it. 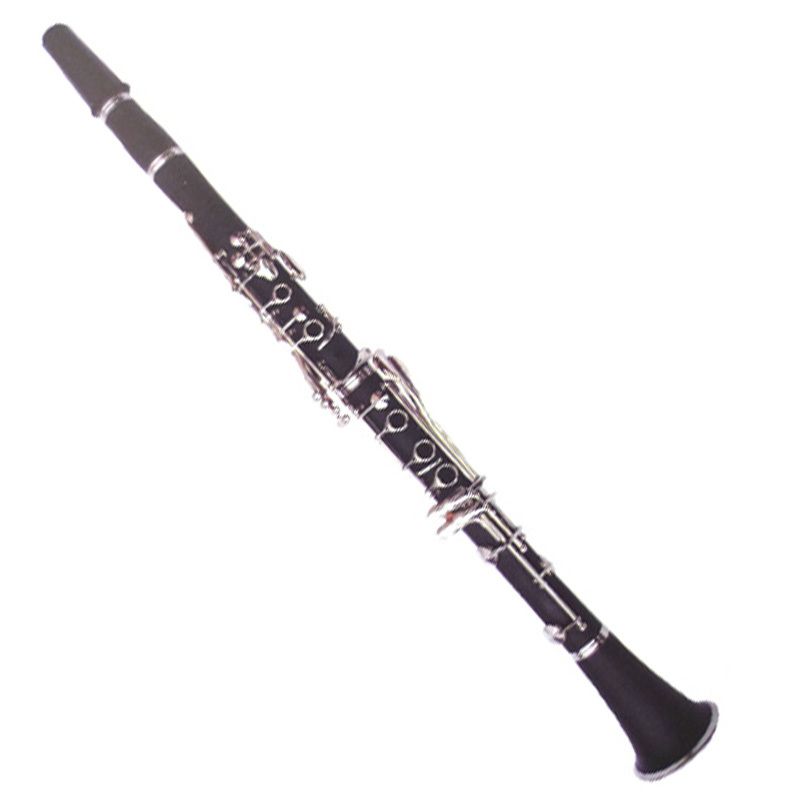 The clarinet is a single reed woodwind instrument, it has a straight body with a flared bell. The name derives from adding the suffix -et (meaning little) to the Italian word clarino (meaning a type of trumpet), as the first clarinets had a strident tone similar to that of a trumpet. The instrument has an approximately cylindrical bore, and uses a single reed.Most modern day clarinets are made from wood but other materials are used such a plastic resin. Clarinet players are known as clarinettists. Clarinets come in a variety of sizes and produce a range of sounds and pitches, with soprano clarinets producing high pitches to the larger bass clarinet which produces a much lower pitch. 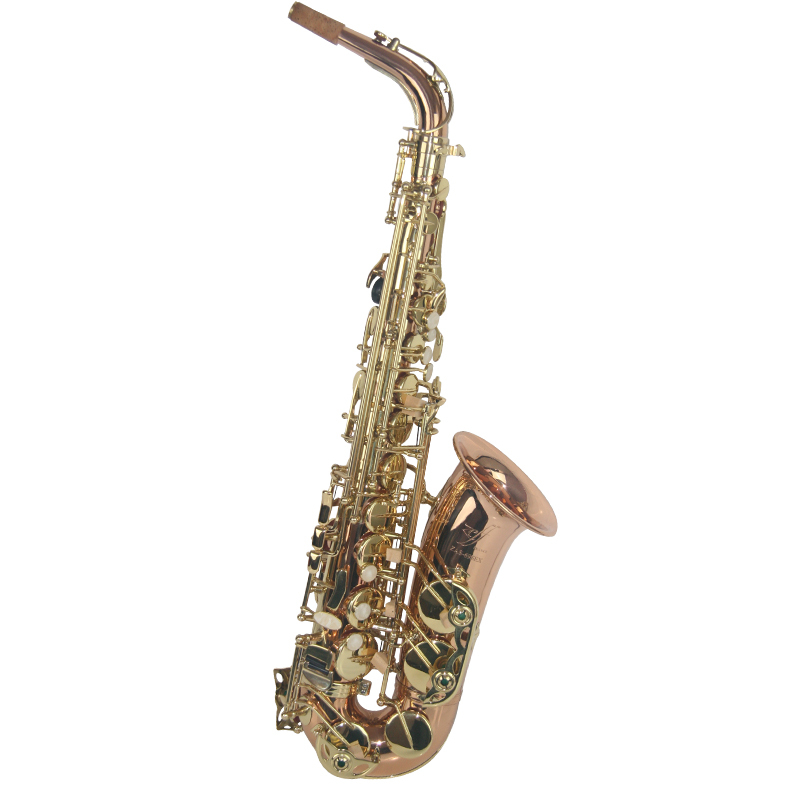 The saxophone is a type of single-reed woodwind instrument with a conical body, usually made of brass. As with all single-reed instruments, sound is produced when a reed on a mouthpiece vibrates to produce a sound wave inside the instrument's body. The pitch is controlled by opening and closing holes in the body to change the effective length of the tube.The holes are closed by leather pads attached to keys operated by the player. Saxophones are made in various sizes and are almost always treated as transposing instruments. The saxophone is played with a single reed mouthpiece similar to the clarinet and are usually made of brass. The saxophone was invented to fill the vacant middle ground between the woodwind and brass instruments. There are nine different types of saxophone, with the soprano, alto, tenor, and baritone being the most commonly used. Those that play the saxophone are known as saxophonists. Find out more about the different types of saxophone here.

The saxophone is used in a wide range of musical styles including classical music (such as concert bands, chamber music, solo repertoire, and occasionally orchestras), military bands, marching bands, jazz (such as big bands and jazz combos), and contemporary music. The saxophone is also used as a solo and melody instrument or as a member of a horn section in some styles of rock and roll and popular music.

We had been in this field manufacturing and exporting woodwind instruments for about 20 years. With the development of the past years, we had got good reputation from Customers. And right now we can not only supply the popular student level instruments, but also some middle quality and high quality instruments for the professional players.

It's our purpose to supply the satisfied instruments to the players steadily, and get a long time cooperation.We believe that you will enjoy playing the nice music with our instruments. And certainly we welcome suggestions from you to be better and better!

◤☛△△For more knowledge about above woodwind instruments, welcome to read▽▽☟◥

◤☛△△For more knowledge about other woodwind instruments, welcome to read▽▽☟◥